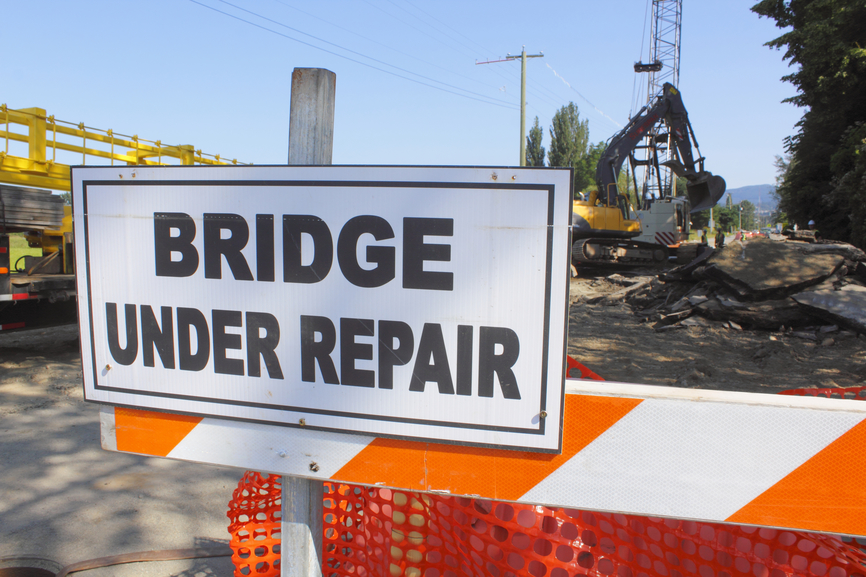 For the last 25 years, foamjacking or the use of structural foam to lift concrete, has been a parallel process to mudjacking, which utilizes a grout of cement, mud, and water to hydraulically raise concrete. First used in Europe in 1989, the foam injection process was quickly adapted in the U.S. for highway and infrastructure projects.

The reason for the quick acceptance of foamjacking is clear. Traditionally, infrastructure repairs that involved sagging concrete required dump trucks full of tons of materials and many men with shovels - it was an extremely labor-intensive process. With foamjacking, a truck is dispatched to the work site to mix, pump, and inject the material. The process, which uses a hose and injection gun, starts instantly when the worker pulls the trigger. There is little mess during the process and minimal cleanup.

Foamjacking allows for repairs with minor disruption of the normal functioning of roads, railroad crossings, dams, abandoned mine shafts, and other infrastructure components. Adding various formulations of the foam can fill voids in the ground, repair deep cracks in concrete and asphalt, seal around pipes, lift settled slabs, and stabilize the ground. In some cases, the process is used alongside mudjacking, done with soil-cement-lime grout that can stabilize structures due to the lime in the mixture.

The most frequent infrastructure repairs done with foamjacking include:

The foam used in the process consists of two polymers that jointed in the application process to create a material that is, according to some experts, 75% more efficient, 80% faster to complete, accurate according to 10/1000th of an inch, more durable, and moisture resistant.

Contact Lift Right Concrete today to see if foamjacking is the right process to repair your sunken or damaged concrete infrastructure.